To start, I must admit… I have a confession.

When I took my current position as a case manager in the JOBS program for Temporary Assistance for Needy Families (TANF) – aka “Welfare” recipients, along with others – I had my doubts mixed with stereotypes of people who are on TANF, both Americans and Refugees. What I quickly learned is how incredibly wrong I  was. The wealth of knowledge I have acquired is astonishing, and the highlight is I have the luxury of learning something new every day.

There are many stereotypes of Refugees on TANF, and my hope is to help demolish these stereotypes and give you a glimpse of what someone gets while on TANF. Below are some of the questions/statements I’ve previously heard.

Disclaimer: I work for the State of North Dakota, and their policies on TANF are different than Minnesota, but overall the general design of the program are similar.

Refugees get more on TANF than Americans do

Wrong. Every client is analyzed to see what they will receive for benefits based on the federal guidelines of TANF. Naturally, the more children you have, the more assistance you will receive. Refugees do not get more assistance than Americans and vice versa. Everyone has to meet the same qualifications and expected to follow the participation requirements to receive their benefits.

I can’t speak for every Refugee, but the majority of them want to learn English. They know it’s essential to learn our language to survive in this country. Also, we require all Refugees to enroll in English classes as part of their plan while they receive TANF. So it’s really not a choice, they have to learn English. Its hard work, but they put the effort into it because they want to be successful and have a job.

All Refugees just want to live on Welfare the rest of their lives.

Not all Refugees live on TANF. In fact, most come in the county as an intact family and don’t even qualify for TANF. For the others, they go on it when they first arrive to help them get settled, and then request to go off of it because they have jobs and don’t need the assistance. TANF wasn’t made for people to freeload off the government as so many assume. It’s a TEMPORARY assistance to help people in bad situations get them back on their feet again.

Refugees get free cars while on Welfare

I would like to meet the person who came up with this assumption, because I have a lot of questions for them. Also, if there is a program that allows this, sign me up. This is so far from the truth. There are some private non-profits that may help with car ownership with loans they set up, but currently there are none in North Dakota that have this option. No federal government assistance program gives you a free car that I know of. Period.

Refugees don’t want to work and, instead, live off the government giving them assistance

You know what’s truly sad with this statement? I typically hear this more from Americans than Refugees. I am not hating on Americans, I am proud to be an American, but that’s the brutal truth from my experience. Refugees are hard workers. They want to contribute to society and work for a living. I have heard numerous business owners discuss how they enjoy having Refugees as employees because they always show up for work, are reliable, and are hard workers. To be brutally honest, yes, there are some people on this program that are entitled and use the system. However, the majority of people don’t want to be on Welfare, they want to have a job, especially refugees.

Refugees are rude and loud

With my experience, Refugees are some of the quietest clients I have ever worked with. Sometimes I have to almost pull information out of them to assist them because they are so reserved and quiet. This stereotype comes to me as a shock because I’ve never dealt with a rude or loud Refugee before. Even when they’ve been upset, the majority are still pretty level-headed when expressing their concerns.

I was in a conference once where Larry Bartlett, Director of the U.S. State Department’s Office of Refugee Admissions was discussing admission as a Refugee in the U.S. Two things stuck with me during that conference.

First he said “Refugees are not terrorists. They are the people who fled terrorists.” They are victims of their country, they do not want to be associated with the extremists in their country, and like us here in the U.S., want to see terrorism gone.

The second thing was how he went into detail about the security measures the U.S. goes through to let in a Refugee. He listed off about 10 different agencies that works with background checks to ensure these people are not terrorists, including agencies he couldn’t even mention due to security clearance.

He shared a story about a man who was let in as a Refugee a few years ago, and after research, they found back in 2002 a partial fingerprint of his on an IED in Iraq, and they deported him back to his country because they didn’t want to take the risk. That is one example of the level of security the U.S. looks at when allowing refugees into this county. They may come from countries where terrorism is high, but they, along with American citizens, want to get away from terrorists and keep them out of the U.S.

No one chose to be a Refugee. No one woke up one morning and thought, hey being a Refugee would be cool. Some Refugees have suffered catastrophic events and torture in their life that I would never wish on my worst enemy. With some of the stories clients have shared, I was affected and struggled hearing them because of how barbaric the stories were.

People ask all the time – why do you do it, Nicole? Why do you work this job? It’s a simple answer for me. Humanitarianism. We have a responsibility as human beings to treat others with benevolence, compassion, and generosity. Love will always triumph over hatred. We can’t change people, but, we can lead by example, and hope in the midst of this confusion, hatred, and bigotry our country is currently going through, we shed some light and education on others to help extend this message of welcome, and destroy stereotypes. I work in a position where I know I can be the motivation or help for someone else’s life to become better, and that’s where my passion derives from on this topic.

To conclude, instead of hating on Refugees, let’s use that American philosophy we so proudly acclaim and welcome them with open arms and give them the vision to live in a country with the freedoms we have that as Americans, we know we are so blessed to experience. 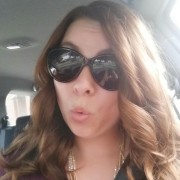 Nicole currently works as a Case Manager for the JOBS and Crossroads programs at Job Service. She is also the Administrative Assistant with the Fargo-Moorhead Choral Artists, and a fifth-year member of the chorus. She obtains a Master of Science degree in Business Management, and Bachelor of Arts degrees in Psychology and Cultural Music. She is a devoted Minnesota Gophers hockey fan, enjoys golf, and will always be a Minnesota Girl at heart. She resides in West Fargo with her partner Josh, and his daughter, Hana.