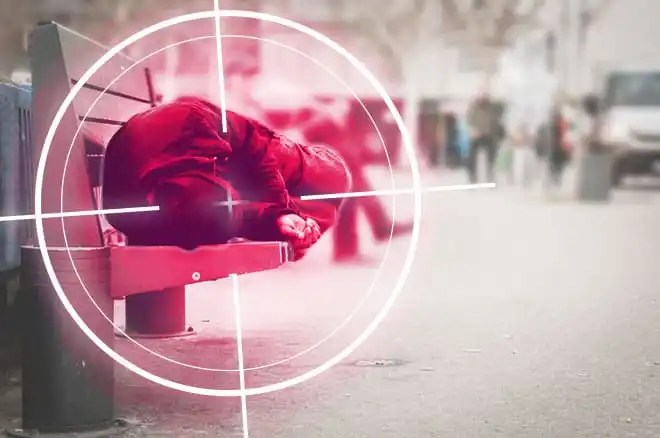 A couple days ago, I was scrolling through my Facebook feed and a specific video kept popping up. It was a local video of a man looking around sheepishly and then pulling down his pants and defecating into a drain on a public street in broad daylight. The responses were what you might expect: disgust, laughter, mocking, indignation. People watched this man who was secretly videotaped and declared all the judgments about why he isn’t a valued member of society, while I sat at my phone with tears in my eyes, wondering how he came to this place.

I have often reminded my own kids that when they judge someone who seems like society’s least, they need to remember that the person was once a child, playing, laughing, with dreams and hopes. We do not know their journey. And it’s unfair for us to judge why they are where they are today.

Tonight, a new thought entered my brain. What if we could take five infants and choose their journeys for them? Five infants, born full-term with no medical issues, all on “equal” ground? Where would they end up as adults with the life scenarios assigned to them?

So, as you read the multiple choices, you can get to choose which baby gets which scenario. Let’s give them the top five baby names right now in the US (according to Good Housekeeping): Emma, Liam, Olivia, Noah and Ava, to help you put a name with each scenario you choose.

First, we get to choose their family:

Next, we get to choose their home:

None of these experiences guarantee that someone is going to grow up and struggle. But as you picked multiple traumatic events for each child, the odds grew that they would struggle, and not because the children did anything wrong. Children can’t choose the environment they grow up in. And children who grow up with traumatic events or Adverse Childhood Experiences (ACES) may end up as adults living lives that we might say “I’d never choose that,” or “I’d never let that happen or get that out of control.” But these early traumas, that are NOT their choices, create health and social problems that can last their entire lives. If we did not experience those exact same scenarios, we have no right saying “I would never…”

And that’s just it. We don’t know everyone’s stories. We don’t know what trauma they’ve been through or the pain they’ve suffered. What we see as a complete failure as a member of society, might just be someone who has overcome so much, they should be given a medal of honor. If only we could look at the world through the lense of another, I think we’d be a lot more grace-filled and kind. I think we’d reach out to help, instead of standing on the sidelines, mocking while their pain is lived out loud.