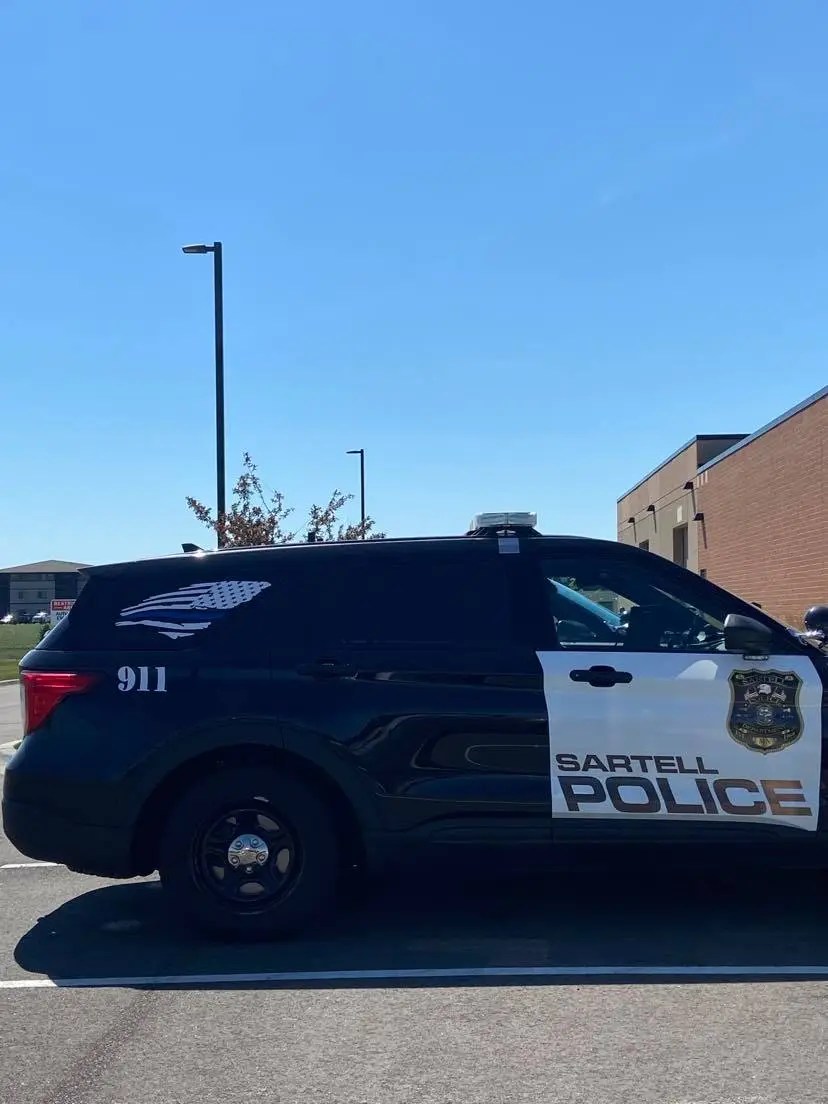 My name is Hannah Kosloski, and I am a former student and current resident of Sartell, Minnesota. I graduated from Sartell High School in 2017, and then received my Bachelor’s degree from Concordia College Moorhead in 2020. I came back to live at home during quarantine last year and returned back home early February 2021. Being back at home brings its own challenges and celebrations, but it also provided me with an opportunity to reflect on my own community. What does Sartell mean to me? What does it mean to our community? What type of community do we want to be?

When I moved back home, this was one of the main thoughts running through my mind. Part of that thought is solely selfish. What type of community do I want to be a part of? What kind of space and environment do I want to help cultivate? What sort of stuff is happening in my own backyard? Well, it turns out, quite a bit has happened since I left Sartell a few years ago. One of the biggest changes I noticed was the new Sartell Safety Center on Pinecone. It is the new building for the Sartell Police Department and the Sartell Fire Department. It’s a brand-new building with space and services and access that Sartell definitely needed. I was excited to see the new building. It was a space bought with taxpayer money to make our community a more centralized and safer place. Sounds great! However, when I drove by the new Safety complex, I realized something else was different. The Sartell Police Department had adorned each of the cop cars with a shredded “Thin Blue Line” flag decal. The flag glared at me as I drove into town. I thought I was crazy. I thought to myself, “there is no way we would choose to do this if we knew what kind of harm and damage this flag has.”

March 12th, 2020 was the first time I raised my concern with the Sartell Police Chief, Jim Hughes, the Deputy Police Chief, Wayne Schreiner, and the Mayor, Ryan Fitzthum. We continued back and forth via email for a few weeks, discussing the meaning of the flag and what it stood for. Mayor Fitzthum and the Sartell PD are adamant, still to this day, that the “Thin Blue Line Flag” stands solely for the sacrifice of police officers and as a tribute to fallen officers. Even when presented with research, quotes, and testimony that reflect the negative, racist, pro-policing, and anti-Black current cultural meaning behind the flag, Mayor Fitzthum continued to disagree. On March 24th, I met in person with Ryan and Wayne to discuss the flag and the history behind it. Essentially, I explained that the flag has been adopted by the “Blue Lives Matter” group and is used as a sign of pro-policing and pro-“Blue Lives.” I explained how it was a mockery of the Black Lives Matter movement/mission, and actively alienated people of color. The flag might have had a different origin, but it now stands as a symbol for racism, hatred, and anti-Blackness. Additionally, the “Thin Blue Line” flag goes against U.S. Flag code (because it shows an altered design with the flag shredded). During our face-to-face meeting, we had a discussion about the different meanings, but Mayor Fitzthum decided AGAIN that it wasn’t an issue worth his time or energy. Both Wayne and Ryan agreed that “there was a small group of individuals who were using the flag in a bad way” but that they were “watching it.” They also didn’t agree that it was an issue for the “community.” 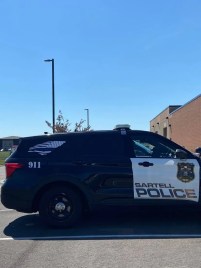 When I left the meeting, I immediately made a petition asking for the removal of the sticker decals. We had over 500 signatures and folks emailed Mayor Fitzthum directly, but it didn’t matter. Some community members in Sartell created a counter-petition and actively threatened me and my family online. In April, I responded with an article in the Sartell St. Stephen Newsleader explaining some aspects of the issue and the concept of privilege. The article had a lot of positive traction, but still no word from the Sartell Police Department or the Mayor’s office. I emailed them again and sent an email to the entire City Council. In late April, the City Council decided too that they would do nothing. Generally, the consensus from all Sartell City Administrators is nothing. They don’t care if the flag is polarizing. They don’t care if it’s against U.S. Flag code or the Hatch Act – prohibiting public officers from wearing any sort of political insignia. They don’t care to make any effort to make Sartell a more inclusive, accepting, and safe place. They are choosing to prioritize their own whiteness and their own understanding. At best, they’re choosing to support systemic racism and pro-policing groups instead of choosing community, acceptance, and safety for ALL people… which, I’d like to add, is the current mission statement of the Sartell PD.

At the moment, I am exhausted. I have already emailed all the “right people” and gone through the “right channels.” I have written an article for the community, contacted the MN ACLU, started a petition, and basically harassed the Mayor’s office with emails. The only other option at the moment is to speak in front of the City Council – but at the current moment, the only way to do this is to speak for 3 minutes during a meeting without dialogue or a response. As a collective, I think there is more we can do. If anyone is interested and has the skills to pursue a legal response, I would love to speak further! If anyone would like to help schedule a protest event at the Sartell Community Safety building, please, shoot me a message! I think there is power in words and numbers, and I think we all are capable of making our communities a more accepting, loving, and celebratory place. I’m ready to keep fighting in Sartell.

Will you stand with me?