The issue of Islamophobia is very real in MN. In the last four years, I have attended events where speakers purport that “one day all Muslims will rise up and behead your children and grandchildren.” When my Muslim friends participate in community meetings or walk into community spaces, they are interrupted with demands to “show us your tax returns – right now” or are told “if you are a real American, prove it right now by taking off your hijab.”

It is easy to think that this is just a few silly people and I have been told by many people that the best thing to do about Islamophobia and racism is to ignore it. But, no – we can not be indifferent about the suffering of our neighbor.

As my friend, Jaylani Hussein, with CAIR-MN said:

“Those who consume anti-Muslim propaganda are not crazy, stupid, or bigoted. They make rational decisions about the world in which they live. Like most of us, they live in a world created by the media they consume. In the world created by this propaganda, preemptive violence towards Muslims is not only defensible and necessary, it is rational.”

We have seen this play out when my friend Asma was physically assaulted while eating dinner with her family at Applebee’s in Coon Rapids, MN. In the St. Cloud, MN area, a man tried to run down an elderly Somali woman with his truck and a neighbor repeatedly harassed Somali children – yes, children – calling them the “n word” and telling them to get the hell out of MN. Also, a cab driver was choked while driving simply because he was assumed to be Muslim.

This is the reality of what fear of the “other” has done to not only our great state of MN, but also our nation. There are many people who are fighting back with love and light, but we need more people to join us. “You see this is what “it” does. One person at a time, until fear takes over. Fear turns to rage. Rage leads to violence. And then there’s the tipping point. If we do not act soon, darkness will fall across the universe.” – A Wrinkle in Time (movie)

So, here in MN, we’re asking you to be a light in this present darkness. Be like the St. Cloud, MN community member who put her van in between a truck I mentioned earlier and the elderly Somali woman. Be like the person in the cab who called 911 when her friend was choking the cab driver because she didn’t want anything to do with his Islamophobic behavior. Be like my 9-year-old daughter, Lauren, who, when she saw her classmates hijab being pulled off, stood up and said “No. Stop. You can’t do this to my friend.”

Unsure what to do when you see aggressive harrasment of our Muslim neighbors? Check out this article for great tips. 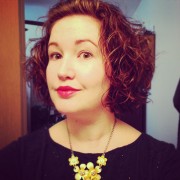