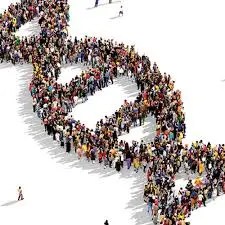 Many years back I went to see an author present at St. Ben’s campus on a Wednesday night. Before the event my significant other at the time and I walked through St. Joseph after we had dinner. A couple of boys sped by on their bikes, jumping the curb. I heard one of the boys ask the other if he was going to religion (Catechism of the Catholic Church) that night. “Hell no! I’m skipping,” the boy responded. “My parents think I’m going there now.”

I was with some colleagues a few years later, having just started work in St. Cloud. I didn’t realize how much St. Cloud had changed demographically since I was a kid and brought this up in the conversation. One of my coworkers told me about a friend of hers who was teaching in one of the St. Cloud high schools. She said the teachers get frustrated, as they are required to carve out prayer time for Muslim students from their already packed academic days. The teachers found that some  students would skip prayer and walk through the halls or “screw around” instead.

So I guess our children are not that different.

I met an Iraqi War vet. He was in his mid-30s. He told me about how his unit encountered a roadside bomb. He watched Humvees in front of him get blown to pieces, one of which contained his best friend. He was hit with shrapnel and still walks with a limp. I can’t say for certain, but just from interacting with him briefly and from my experience as a nurse, I suspect he suffers from untreated/undiagnosed PTSD. I’m guessing he does not seek out help due to American cultural masculine norms, stigma, and difficulty getting medical care even with his first-hand combat experience.

I know a woman in her 50s who immigrated to St. Cloud a little under a decade ago. I’ve heard her talk about how she witnessed the men in her family get brutally murdered and dismembered in front of her, including her own son, during the Civil War in Somalia. While waiting to be vetted for placement in a refugee camp, she was raped multiple times. She suffers from PTSD but does not seek help due to religious and cultural norms, stigma, and the difficulty accessing psychological care – that difficulty magnified with English being her second language.

So I guess our survivors of war are really not that different.

Yes, we all have hands, feet, eyes, and we all bleed red. But the human behaviors and similar circumstances I mentioned suggest our similarities run even deeper than our physical make-up. It’s stories like these that remind me to be kind. They remind me to ask questions and withhold immediate judgement. I hope my words provide the same reminder to you as well. I’m a single mom working full time as a nurse in the St. Cloud area. I grew up in Little Falls and frequented St. Cloud often as a kid. I was excited to come back to the area almost a decade after graduating high school and find growing diversity. I like to spend time at home with my two children and my cat. On the weekends, my kids and I are often running somewhere to volunteer, learn, or play.