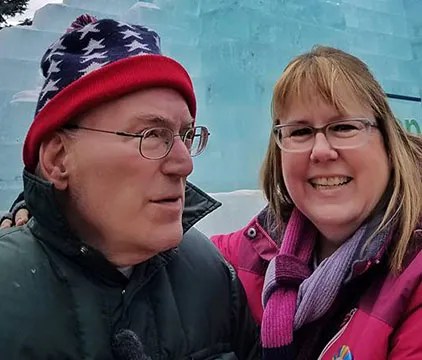 When you read the words “big brother,” especially if you have one, what comes to your mind? A protector who didn’t let the bullies pick on you? Someone you looked up to and tried to be like? Maybe even a brat, who teased you like crazy but was a great person to play football with on Sunday afternoons?

I have 3 big brothers, but the one that truly holds a special piece of my heart is my middle-eldest brother. He was 13 when I was born, but had the mental capacity of a 2- or 3-year-old. While I’ve grown and matured into my 50s, he is still a 2- to 3-year-old in a 63 year old man. My brother, Mark was born prematurely and during delivery, he was deprived of oxygen. Later, he developed German measles and battled an extremely high fever.

Growing up, we called him retarded. Don’t be shocked. That’s what all of “his kind” was called. They were considered lesser humans. Unfit for society by many and something to be ashamed of.

Shortly after I was born, a government worker looked at my mother and said “You’re a single mother of five kids, you really need to put this one in an institution. They’ll know how to take better care of his kind than you can possibly manage.” Despite her heartbreak, my mother listened and relinquished custody of her 2nd child and put him in an institution where society wouldn’t have to see him or interact with him or admit he was a real person, created by God like all of us.

We visited him every other weekend and mom would bring him home for an overnight. She would never let me enter the institution where he lived. I was instructed to sit in the car and wait like a good girl. I do recall going in with her one time because it was simply too cold to wait in the car. Standing in the waiting room, I was listening to screaming, crying, and wailing coming from their huge community bunk room. It’s a sound that still haunts me today.

Now, let’s skip to the present. Long ago, my mother broke my brother out of the institution, fought the courts for renewed custody, and gave him a new life, one where he was valued - in fact, treasured - for exactly who he was. The place he called home for his teen years was shut down and he even received an apology letter from the state for the abuse he suffered and the cruelty he endured.

Mark was able to find joy again and live a life that was not only blessed but blessed those around him. Society learned that “those people" are just that - people. They have every right that the rest of us do to pursue life, liberty, and happiness.

When I was a child and went on an outing with my brother, strangers laughed at him or stared cruelly at him. They’d move far away from us as we walked through the store or down the street. But now, people smile at him. They greet him and value who he is. My heart bursts for the change in our country toward people “like him.”

What breaks my heart is that we still see certain people in the same way we once saw those who had a mental disability. We question the value of a homeless person to our community. We fear those who don’t speak our language and believe they can’t contribute to a vibrant and healthy neighborhood. We view an immigrant worker as someone who should just do the jobs we don’t want to do and not really bother us with anything else. We think it’s OK to stare at or shout cruelties to these people we think of as less than ourselves. Somehow, we don’t quite see them as human, having emotions, feelings, dreams and hopes like the rest of us.

My dream is that we’ll look at our history, look at those people we once marginalized and now recognize as valued members of society, and apply that wisdom to those who are perhaps having a hard time finding their place among us non-marginalized people. To paraphrase an old children’s song, “We are ALL precious in His sight.”

Fun Facts about my brother: