Equality. What comes to mind when you hear that word? Perhaps you first think of gender. Or marriage. Or race.

Does the word fair come to your mind? I think some folks would define equality somewhere along the lines of everything “being fair.” But, really, is that possible? And, is that even the goal?

When we make the mistake of thinking that fairness and equality are the same thing we ask questions like this:

1. Why isn’t there a straight pride parade? That’s not fair.

2. When is white history month? That’s not fair.

My gut instinct would be to post this as a response:

….but, I can’t really post that on the interwebs if my goal is communication and dialouge. (However, maybe I’ll try this one out on my kids next time someone argues about who got more Mac and Cheese in their bowl.)

What I can say is some of the things I have said to the people that desire “fairness” for straight and white Americans. We don’t need straight pride parades because straight folks aren’t beaten up and killed for being straight. We don’t need white history month because most of the history that was taught for decades in American school was white history…mostly white male history at that.

Come on, folks. We have to know and come to grips with the fact that it is easier in this country to be straight than it is to be gay. Is it easier to be gay in this country than others the openly persecute gay folks? Probably. But, the reality is that there are some parts of this country that make it very clear that gay men and women should just keep a lid on it. And, if they don’t, in fact, keep that lid on it, there are folks that will shut that lid forcefully with shunning, physical abuse, or online bullying.

I’ve already talked quite a bit in my other articles about how much easier it is to grow up white in this country than black so, I won’t go into that all again. There are so many studies done about this and so many personal testimonies told from the point of view of black males especially, that we can’t just discount the truth of the matter. Many people still see color before they see human. And it’s causing  HUGE problems in our country today.

So, I beg of you, next time you are tempted to ask when white history month is,

think of the victims of the South Carolina church shooting. White supremacy robbed our world of these people: 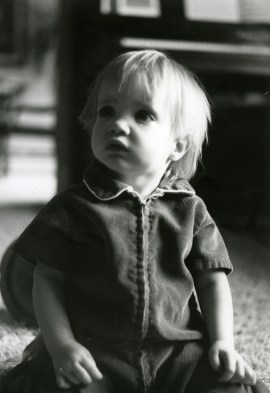 Next time you are wanting to design a float for a straight pride parade, please do recall the face of Matthew Shepard, a 22 year old gay man who was beaten, tortured, and left for dead….just for being gay. Instead of showing you the 22 year old face, I’m going to show you 2 year old Matthew’s sweet face. I know I still can see my 9 and 10 year old boys as toddlers if I catch their faces at just the right angle. I am sure that Matthew’s parents saw this face when they looked into his casket back in 1998.

These are just a few of the faces that should come to our minds when we question why there is a need for equality. Equality is needed because hate still runs rampant and, too often, unchecked until it is too late.

Stand up against hate. Fill in the gaps with love.