Democracy in St. Cloud is getting very difficult for everyone.

Many white residents in St Cloud feel that their voice isn’t being heard like it used to by leadership. They also feel that the media seems to be listening to those who are trying to hear from the Somali point-of-view. The feelings of white residents are valid and should not be ignored.

I suspect that many Somalis feel that their point of view is not being heard, mostly because it hasn’t been heard for so long. It is hard for the Somali people to see that this is changing, that white residents are listening now. They have been frustrated for many years. Their feelings are valid and should not be ignored.

I have learned that the Somali point of view is much different than mine. And quite often, usually due to the language barrier, sometimes I worry that they can have a difficult time articulating their perspective and really selling their point. This makes democracy very difficult for them. So many of them are still learning English and are still learning how to speak in a way that is listenable to our western ears. If the Somali people cannot participate in democracy, simply because of the language barrier, to the same degree as those of us for whom English is our first language, none of us will get to experience real democracy. White residents, especially those who are not used to sharing the microphone, feel that they are getting ZERO airtime, and frankly, I don’t disagree. But there is a reason. We have spent so much time conducting democracy in our community without well articulated voices from many Somali people, that we are now trying to catch up with what we have missed out on for 20 years from the new population. I am sensing that they are very frustrated, disappointed and many are angry. BUT, everyone seems angry about the same thing, they feel their voice isn’t being heard. It’s natural to feel that way when it is true.

Democracy is difficult especially when we are angry. 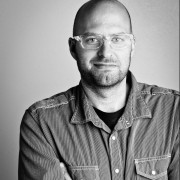 Jeremy is a Waite-Parker. After all, his last name is Ringsmuth and he can ride a unicycle. He is a multi-media designer and consultant, working with Orange Oak, a multilingual advertising firm. He thinks he is funny. He knows he is white and privileged. But, he just wishes he was better at guitar.