There are a handful of people in Central MN that are obsessed with making sure they don’t have “even one more” refugee neighbor. One of the main spokespeople for this group is St. Cloud City Councilman, Jeff Johnson. This, my friends, is what systematic oppression looks like – a man with 1/7th of the power in the city of St. Cloud has focused his attention on demeaning some of the most vulnerable among us – the roughly 240 refugees that are resettled in this area each year by Lutheran Social services of Central MN. Mind you – he has also taken an oath to serve the refugees in our community, since some refugees live in the city of St. Cloud. This apparently doesn’t matter to him. And this, quite frankly, makes me angry and sad.

St. Cloud City Council member, Jeff Johnson, will be bringing a resolution to the Council meeting on Monday, October 23rd requesting an immediate moratorium on refugee resettlement. The lead up to this has been a few people coming to back Jeff up during the Open Forum time at each meeting. You can view the videos from the Council meetings here.

One of our first blogs on #unitecloud was called The Cost of Refugee Resettlement because we knew there were a lot of questions surrounding refugee resettlement that were causing unrest in our community. I’m not going to rehash all of that information here, but read the article if you want to know the answers to questions like “How many primary refugees are resettled in Central MN each year?” or “What is the average monetary amount each refugee receives from Stearns County and/or the Federal government?”

This same fight that Jeff Johnson is taking on at a City Council level was brought to the Stearns County Commissioners first. (No surprise: Jeff was one of the people leading that charge too). Stearns County came out with a study in September of 2015 that outlines Public Assistance Benefits utilized by residents. This study has a plethora of information, including a breakdown of all monetary assistance that refugees in Stearns County get from the Federal Government. It is important to note that, while Stearns County is the vehicle for giving refugees this assistance, the Federal Government provides the funds to the county. This is important to remember because refugee resettlement is a matter of federal policy, not a county issue, and certainly not a city issue—more recent information on the process is available here. Like we said in our original article on this subject: refugees can apply for public benefits if they are eligible just like other residents, but they do not receive specialized county or city benefits because of their refugee status.

The truth is, they have the answers, they just don’t like those answers.

Much of Jeff’s focus has been on Lutheran Social Services, since they are the only refugee resettlement agency in Central MN. He claims that LSS has not been transparent enough – and, to some extent, that has been true. Because of the combative nature of some of the attendees at their quarterly meeting, LSS has limited the meeting attendance to “invite only”. While I understand why they made this decision, the result is that people have started to fill in what they perceive as “missing information” with rumors and many non-truths. For this reason, LSS will be hosting an open community meeting on Tuesday, November 14th at 3pm in the St. Cloud Library. I know many of you will not be able to go to the presentation – we will be attending and will provide a recap via our blog, so look for that to come out shortly after the meeting.

If you are looking for more information on how refugee resettlement impacts MN as a whole, LSS provided us with this important document (PDF) for you to review.

There is a lot of information available about refugee resettlement on a national level as well. A simple Google search will bring up a TON of information – unfortunately, much of the information you can find is based on myths and rumors.  This video is a great tool to dispel such myths.

The biggest complaint from Jeff Johnson is lack of transparency – specifically by LSS. I had one meeting with one of their representatives and learned so much. During our meeting, she told me that part of her job is meeting and e-mailing with people that have questions about refugee resettlement in Central MN. She said over and over to me, “If people want information, all they have to do is contact us. I am happy to sit down with ANYONE.” In fact, she has sat down with Jeff Johnson himself and answered any questions that he had.

So, if LSS is willing to be transparent – even more now than ever – and I am able to find data about county, state, and federal refugee resettlement costs, then what do people REALLY mean when they claim there is a lack of transparency? Why would there be a need for a leader of a city to call for a shutdown of the culture of welcome that Central MN has provided to refugees since 2008? The truth is, they have the answers, they just don’t like those answers.

Just imagine if all of those who erroneously believe they are fighting for the community by pushing to halt resettlement instead put their time and energy into helping refugee families integrate into Central MN. If you are a person that wants New Americans to “just speak English”, are you volunteering to teach adult ESL classes? If you are a person that thinks our schools are being “overrun by Somalis” and that the “other” kids are suffering for it, are you volunteering to read to Kindergartners in the district? If you are someone who doesn’t believe we should “spend one dime on food assistance for refugees”, are you volunteering at the Catholic Charities food shelf?

The end goal that someone like Jeff Johnson has in mind is to put an end to refugee resettlement in St. Cloud. But is that something he can control? Will the passing of Jeff’s declaration mean that refugee resettlement will stop in this area? No. That is not something a local City Council has authority over. We must remember that LSS completes around 240 primary refugee resettlements in Central MN each year. Jeff’s fight is only against those primary refugees. Even if those primary refugees are halted from coming, our area will not stop receiving refugees. Why? Because refugees can move freely about the U.S. – this is what is known as “secondary migration”. Now, there have been instances in the U.S. of an area becoming so inhospitable for refugees that resettling agencies have decided to shut down primary refugee resettlements in that area. Is that the kind of hostility we want to create in our neighborhoods? Our answer is unequivocally NO. There are crazy suggestions made in public meetings by your neighbors regarding the changing diversity on Central MN – for instance, that we should think about “putting up a barricade on Hwy 15 so we can check who is coming in here”. Make no mistake, Jeff’s resolution and continued fight against his refugee neighbors is cut from the same cloth.

The last point I’d like to make today is that Jeff Johnson and others in his camp need to wake up to the reality that St. Cloud is never going back to being “White Cloud”. Our area is diverse and it is staying that way. In fact, it will only continue to become more diverse. It is necessary for those of us that desire our area to be welcoming to all people to help others remember that you can’t look at someone and know if they are a refugee or not. Case and point: not all Somalis come here as refugees. Some come here as immigrants through family-based immigration, and, overwhelmingly, many Somalis in our area are AMERICAN CITIZENS. When people approach me and ask “how much are these refugees are costing taxpayers,” I am not trying to be difficult when I ask for clarification. I’m looking to understand if they realize that REFUGEE is not a label you can assign to a skin color, religion, or ethnicity. It is time to respect the complexity of our diverse population in Central Minnesota.

Create a Culture of Welcome, 1080p from LIRS on Vimeo.

We MUST come together to let Jeff know that his view is not representative of our whole community. Mark the Council meeting (10/23/17, 6pm) down on your calendar so you can BE THERE. While only St. Cloud residents can speak, we are calling on everyone in Central MN to be there to pack the chambers with people that #SupportRefugees in our area. To view the Facebook event for this action, click here. 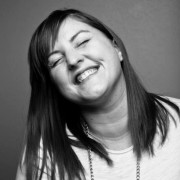