It’s been a big week for St. Cloud – and not really in a good way. After reading the City Pages article that labeled this area the “worst place in MN to be a Somali”, many St. Cloud area dwellers have received Facebook messages and e-mails from their friends and family across the country asking “Is it REALLY this bad in St. Cloud?”, “Glad I got out of there when I did!”, or, ” I had no idea this was happening in our hometown – did you?”

While the “bigotry smack-down” narrative of the story, especially the title, was tough to swallow, the stories in the article stand out as of the utmost importance to the cultural tension in our city/area. As the founder of #unitecloud, I can not say whether this is the worst place in MN for our Somali neighbors to be because, well, I am as white as the snow we are forecasted to get tomorrow. I don’t know what it’s like to love my cultural heritage as much as I love the opportunity of America. I have no idea how different my life would be if I had skin that didn’t burn at the first sight of the sun. I can not speak to the stares, jeers, and comments that I would get if I would profess my devotion to my faith by covering my head.

What I can speak to is the fact that I have seen with my eyes and heard with my ears the devotion to hatred that many people in Central MN have for my Somali friends and neighbors, the blind hatred of the religion of Islam and anyone who follows Allah, the extreme disdain for anyone whose style of dress looks different from theirs, and the laser focused secret meetings where fear mongering can be stirred up while the name of my God is invoked and verses are read from my Holy book.

I Know, Therefore, I Do

Because I have been a witness to these words and actions, it is my responsibility to stand up against them in the name of peace for the area that I call home. It is most especially my responsibility to attempt to talk some sense into long time Central MN residents that are operating solely out of fear and have bucked all rationality. Will I win them to the side of peace? Doubtful. But, that doesn’t mean that I shouldn’t stand up anyway. Hatred has been allowed to fester for too long, it must be called out and rooted out through peaceful actions of resistance and unity.

Besides the oppressors, there is another group that came out to comment on the article: the disbelievers. “Much of it is false,” one nay-sayer writes. “Having worked with many from the Somali community I say this with experience: they are a major part of their issues.” Blaming the victim? Really?

The toughest comment that was put on #unitecloud was one that told of a plan to deliberately bully anyone that this commenter sees is Somali:

“These people come here and live more or less like they did where they came from. Most do nothing to assimilate. Some do and I commend them for it, but not nearly enough. People want to be surrounded by other Americans. This is not the United States of 150 years ago. We have our own identity and our own culture. If they assimilate I will welcome them as neighbors, until that time I will go out of my way to make their lives hard.”

Some folks are not bold enough to make comments on Facebook with their profiles tied to their outright disrespect and disgust of their neighbors. Instead, some do it in secret meetings, under the cover of darkness, with admission hoops to jump through to ensure that only folks of like mind get to fear-monger together in peace.  Secret meetings have popped up here and there since #unitecloud started (and before that, I’m sure!) that are anti-refugee, anti-Somali, and anti-Islam. One such meeting is being held this Tuesday night.

Although the date on the flyer to the right reads 2015, this is indeed happening this Tuesday, January 26th at 6pm. I called one of the organizers and talked with her for over an hour. She asked for my name and I told her who I was and that I would like to come to the meeting. She said I was not invited. Why? Because she only wants people there that are ready to learn – and she said that she “knows who I am and what I’m all about with #unitecloud and whatnot” and that I’m “obviously coming to start trouble”. I explained to her that I met the speaker for this event (Jeffrey Baumann) at AJ Kern’s event in the fall and he told me that I would be welcomed to his event so that I “could get set straight”. She said I would have to attend another one of his meetings because I surely was NOT coming to the one that SHE was hosting.

As we continued to talk, the situation calmed down a bit. We talked about everything from education to health care to the difference between what is happening in other countries with sexual assaults vs. what is happening here in St. Cloud. I invited her to let Haji and I buy her a cup of coffee so that she could meet a local Somali American Muslim man and ask him any questions she may have. She was unwilling and scoffed at the mere thought of doing so. I attempted to reason with her, stating that our government has decided that refugees are welcome in America and pleaded with her to not take her disagreement with that fact out on her Somali neighbors. We talked of our common belief in Jesus and I literally begged her to lead with the love of Jesus and walk in the ways that He did while here on this earth, talking with people that others shunned, eating with people that others hated. There was some silence after this plea, but, she launched into fantastical topics such as female genial mutitlation to cover the uncomfortable silence. After a long, emotionally exhausting call, she abruptly said she had to go and hung up. I thanked her for talking to me and sank into the couch, flabbergasted once again by what fear can do to a person.

Fast-forward a few hours. I received news of where the event was going to be held from a #unitecloud ally that called and was accepted into meeting. She told me it would be held at Michael’s restaurant in St. Cloud. I messaged the establishment through their website, asking for a meeting with the manager to let them know what type of meeting they would be hosting on Tuesday. I received an e-mail back shortly thereafter, explaining that they were very busy on Monday so the would be unable to meet. They went on to explain:

“We don’t often know the details (aside from food and setup requirements) of the groups that are meeting in our facility and that’s generally the way we prefer to operate. We are not a political organization and allow space to all local groups.  We would love to host #unitecloud as much as any other. :)”

This poster was made by a #unitecloud ally, explaining who Mr. Baumann is and what his talk is centered around. It points out that there will be comments made by an elected official from MN, Senator Dave Brown. After this poster was put on social media, organizers from the St. Cloud area and the cities began messaging each other, wanting to help, wanting to protest, and wanting to be counted among the people who are standing in peaceful opposition to the damage these meetings are having on our community. What a blessing it is to have allies around the state who believe in peace and unity just as much as you and I do.

What Can You Do This Week?

*Share this article so that people in this area can be informed as to what is happening right here in our city.

*Feel like joining a peaceful protest? Send a Facebook message to #unitecloud and we’ll put you in touch with someone who is organizing one! The planning meeting is late Monday night. *UPDATE* We were contacted by a family member of the business owner that is hosting this meeting. She told us that she was one of the first 100 people to like #unitecloud and she is a local teacher in the area that fully supports our efforts. She let us know that they were unaware of the tension behind this meeting and did not realize that it would be detrimental to their business have this group on site. After hearing her plea to not cause negative attention to be heaped upon this local small business, #unitecloud has decided not to support a peaceful protest on Michael’s grounds tomorrow night.

*Pray, meditate, or think Salaam/Shalom/Peace for our city, especially over the next week.

*Attend the MPR “Muslims in Minnesota” conversation at the St. Cloud Library this Thursday at 5:30pm. Get your free ticket here. #unitecloud’s Community Director, Haji, will be a panelist.

#unitecloud wants to say a huge THANK YOU to all of you that have reached out to us with offers of support and words of encouragement after reading the City Pages. Your kind words warmed our souls and your excitement to stand with us for peace has made this week very special for us. 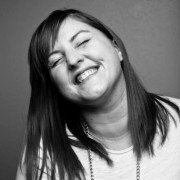